Goodwin is seeing a surge in the demand for reclaimed wood as more and more homeowners and design professionals realize the value antique wood can bring to contemporary design. Designers today are talking about mixing wood into contemporary designs to “warm up contemporary spaces” and “make them more and more real and authentic.” Markham Roberts, Markham Roberts Inc., New York, NY says, “I hope that design will begin to reflect more of a worldview of sustaining our environments and that people will think more carefully how to reduce waste and creatively repurpose existing things. I need to think much more about this myself!”

We are excited about being part of Hampton’s Contemporary Home Décor + Design Show (booth 114) on June 3-5, 2016 at the Southampton Elks Fairgrounds. Heading to the Hampton’s reminds us of our role in the restoration of Dick Cavett’s Tick Hall home, as featured in Architectural Digest on January 31, 2001:

Goodwin was proud to have supplied River-Recovered® Heart Pine for such an inspiring project.  As noted in the article, “Because Tick Hall had been built largely of old-growth southern pine, which can no longer be lumbered, the architects used reclaimed southern pine and sinker wood, cut from logs that had fallen to the bottom of waterways.”

Contemporary is a relative term. The first known use of the word was 1631, which coincides the time that Longleaf pine – the source of reclaimed wood from Goodwin used to totally rebuild Dick Cavett’s home – would have been starting to grow. Longleaf pine, the specie that produces true heart pine, requires at least 200 years to become even 2/3rd heartwood. Goodwin’s River-Recovered Heart Pine, specified for the Cavett’s home, is 100% heart. River-Recovered logs – although new to us when they are recovered – were often actually 300-500 years-old when they were cut during the late 1800’s. So, as you can see, contemporary is a relative term.

Contact us for a free Day Pass to the Hamptons Contemporary show on Saturday, June 4th and Sunday, June 5th - CLICK HERE

Come out to Southampton for the coming weekend’s www.HamptonsContemporary.com show and see Goodwin’s fine wood flooring and explore our custom finish options to simplify installation and maintenance. One Dallas designer, Emily Summers, wants to “capitalize on the inherent durability of sinker cypress wood, found in the South, and accomplish beautiful finishes with unique visual depth.” 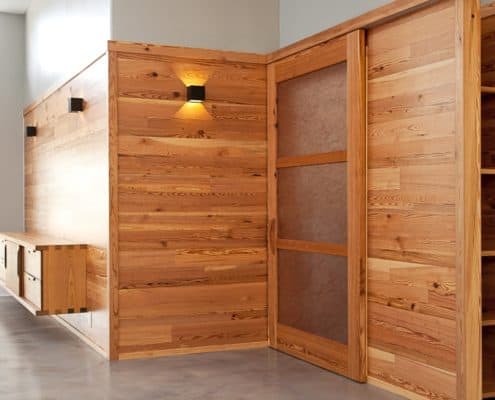 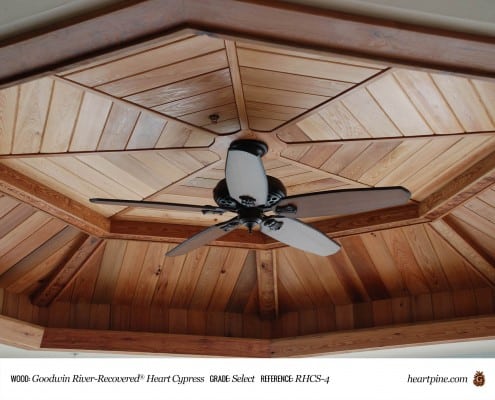 Back to the Island