The Century Tower is part of the University of Florida’s (UF) Campus Historic District, which was added to the National Register of Historic Places in 1989. It is one of four carillons in the state of Florida. This impressive structure holds a total of 61 bells spanning five octaves and chimes every quarter hour for 12 hours a day (8:00am – 8:00pm).

The Gothic style tower was designed by William Augustus Edwards, an esteemed architect of the mid-20th century. It was built by The Auchter Company. Construction commenced in 1953 and was completed in 1956.

While the tower itself has withstood the test of time and harsh Florida weather and humidity, its second-generation doors became severely damaged and were rotting at the base.  When it became time to restore the Century Tower to its original splendor, Goodwin was called in to help. 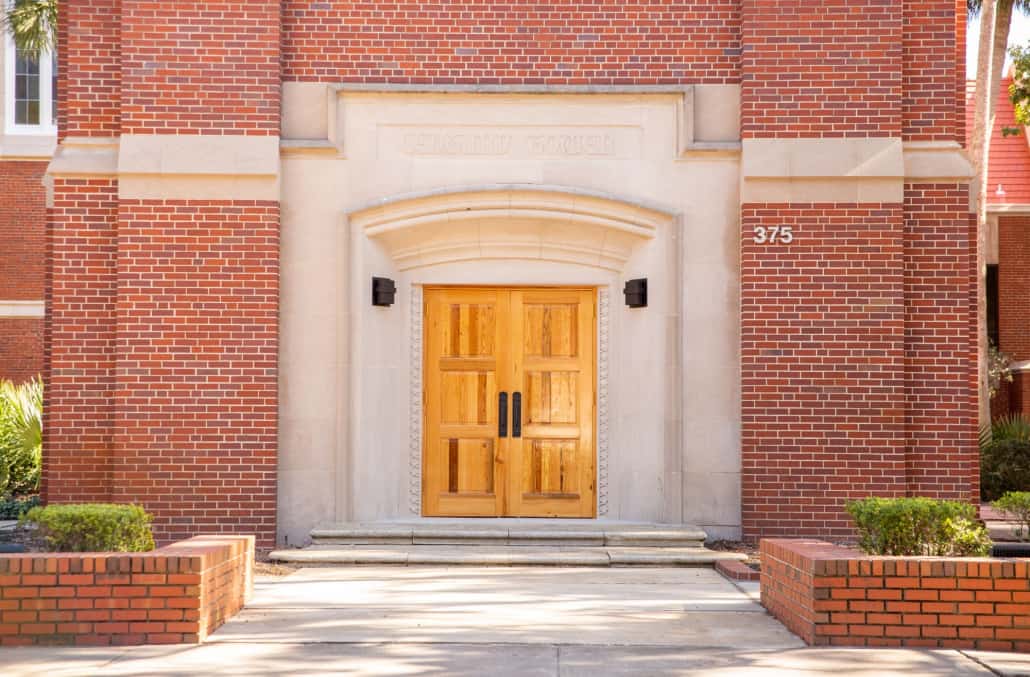 See more of The Century Tower.