You are here: Home1 / Blog2 / Antique Wood3 / The Menil Collection

You can find Goodwin wood everywhere!  The 2013 National AIA (American Institute of Architects) Twenty-five Year Award winner is the Menil Collection in Houston, Texas.  Goodwin was proud to provide over 36,000 LF of Vertical Clear Heart Cypress to replace the deteriorating second-growth originally used in the structure.  Jim McReynolds of McReynolds Architects of Houston specified Goodwin for the project. Jim referenced The Southern Cypress Association’s 1936 Story of Tidewater Cypress which says, “build with ‘The Wood Eternal’ for a lifetime of pride and satisfaction in a building with low cost upkeep.”

One lucky AIA National Convention and Design Exposition participant will win a trip to tour this fabulous work of architectural genius.   Esteemed architect Paul Goldberger, Hon. AIA, dubbed it, “one of the most pleasing buildings built in our time for the viewing of art” in a New York Times article.  Goodwin is excited to be part of this acclaimed, award-winning project.
cing/awards/2013/twenty-five-year-award/ 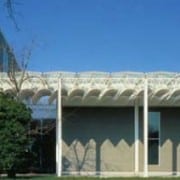 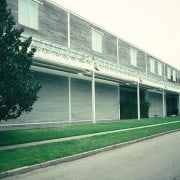