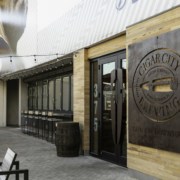 You’ve seen the photos of Goodwin’s River-Recovered® Heart Cypress in the Lexus Lounge at Tampa, Florida’s Amalie Arena.  We partnered with our good friend, Beverly Frank of B Frank Studio in Tampa (previously with Gould Evans) for this project.

The Tampa Bay Lightning recently announced a partnership with Cigar City Brewing, naming the Tampa brewery as its official craft brewer. As a result, garage space at Amalie Arena was designated to be remodeled into a retail taproom for Cigar City.

Beverly Frank was again engaged by Amalie Arena to design this exciting new space.  She specified nearly 2000sf of Goodwin’s 2-1/4″ River-Recovered Heart Cypress Character to appoint interior ceilings, walls and the exterior entryway of the brewery.  Take a look: 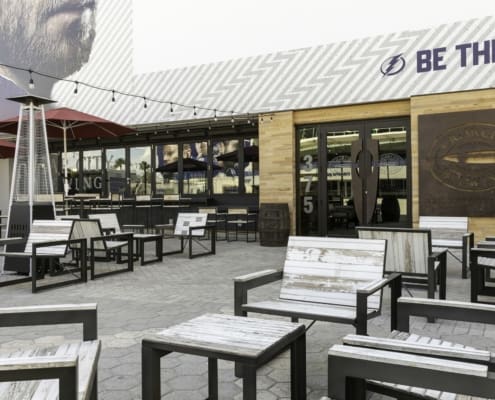 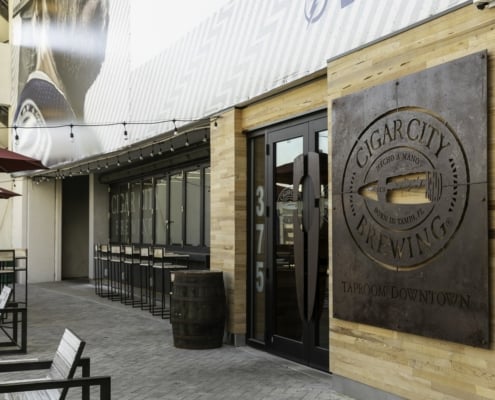 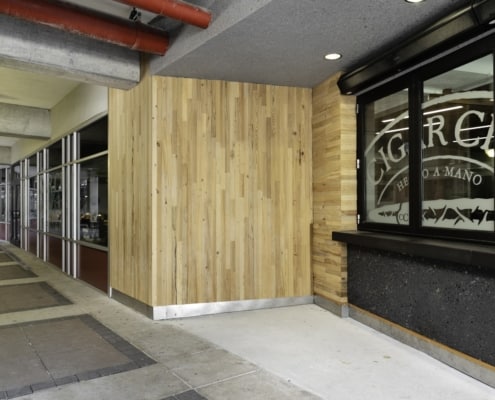 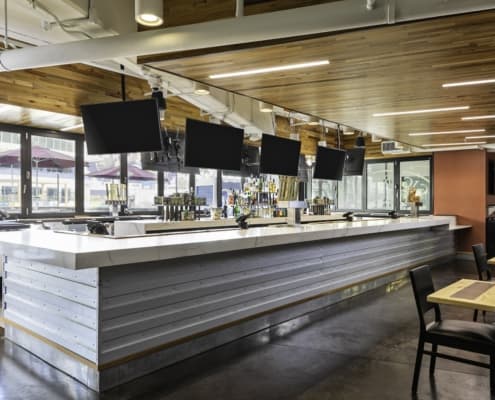 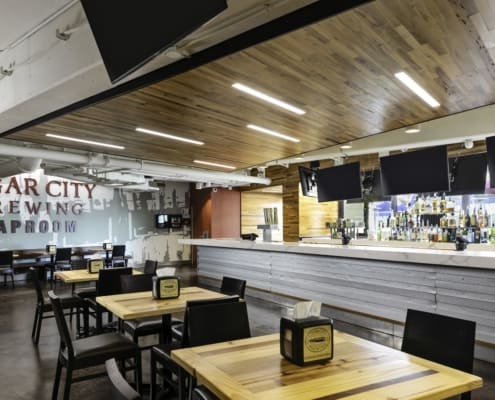 Historically, old growth bald cypress grew thick in the many sloughs around Tampa Bay and commonly lived to be 1000 years old or more. Heart Cypress Character grade features a rustic, relaxed feel that complements the sleeker finishes in the overall space, creating the perfect environment to enjoy a fresh craft beer.

Heart Cypress Character is 100% heart, 100% dense growth and has subtle, graceful swirling grain with a blend of vertical and feathery patterns.  It can include some pecky areas, face checks, knots of any size and a good bit of color variation from warm honey through cinnamon tan to light chocolate tones.

Bryan Curry of Curry Cabinetry in Tampa was brought back to perform the installation.  He also worked on the Lexus Lounge project.

We Have a Heart for Historic Preservation!