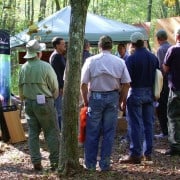 When George Goodwin traveled to the Carolina Sandhills National Wildlife Refuge to help educate landowners at the 2010 Longleaf Alliance Conference last week, he had no idea the foresters would name a longleaf pine after him. What follows is a brief synopsis of an article by Jack Culpepper, Refuge Forester, US Fish and Wildlife Service. Call for the full article.

“George, the tree, was 322 years old! He was tapped for turpentine in the early 1900’s, but given a reprieve from logging when the Wildlife Refuge was established in 1939 during the Roosevelt Administration to conserve rare places for future generations of Americans. George served the forest inhabitants in a variety of ways. People, plants and animals had a lasting relationship with George and the forest for centuries.

“George finally succumbed to a fire, one of the critical elements to longleaf ecosystem diversity, in March of 2010. He thought it was all over when he was being sawn for timber as a demonstration for the Longleaf Alliance Conference.

“Then George overheard the foresters talking about how his timber would be used to teach skilled woodcraft at a college in Charleston, SC. What bliss George felt as he realized that life and service doesn’t end, it only changes forms.”

Thanks Jack. We love you too. George Goodwin 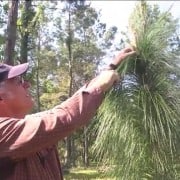 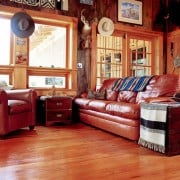 Ten Reasons Why Reclaimed Wood Never Goes Out of Style 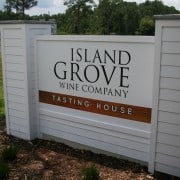 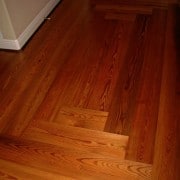 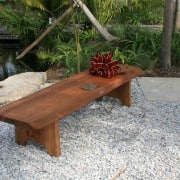 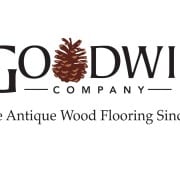