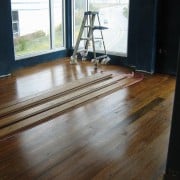 George Goodwin scours southern rivers hunting for sunken treasure in the form of rare Heart Pine and Heart Cypress logs lost over a century ago during water transport to nearby sawmills.

This modern-day treasure hunter actually is the owner of Goodwin Heart Pine Company. Since 1979, he and his crew have donned wetsuits to retrieve the sunken logs by hand, one at a time, so his small North Florida lumber company can mill the timber into fine antique flooring and home furnishing.

“Logging without cutting trees,” as Goodwin’s environmentally safe work has been described, makes for a fascinating tale. Goodwin, though, believes the river-recovered logs are the real story because of their rich yet heartbreaking history, which saw these magnificent resources depleted in a few short decades in the 1800s.

Now, a national television show wants to tell both stores.

Goodwin’s unusual river-recovery method of logging will be featured in December on Dream Builders, a 30-minute program on Home & Garden Television (HGTV) cable and satellite network. The show offers the latest trends, styles and techniques used by today’s builders and showcases uncommon construction projects across the country.

The cameras will tag along with Goodwin on a log-recovery outing on a South Georgia river. They will follow the recovered timber’s trek through the milling process at the Goodwin lumberyard, where it is transformed into vintage flooring, furniture, and furnishing—literally, “history for your home,” as Goodwin calls the presettlement wood.

Wood from these trees, especially “heart of longleaf” pine, was highly valued as all-purpose timber by America’s first settlers and later was used in building the homes and factories of colonial and industrial America. Sadly, clear-cutting of vast southern forests in the late 1800s wiped out virtually the entire range of old-growth Heart Pine and Heart Cypress forests.

Today, the only place to find the last vestiges of this virgin antique wood is where it was left behind—under water on the southern rivers used by many timber operations in the 1800s to raft their logs to nearby mills. 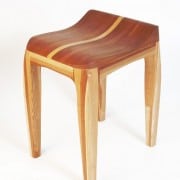 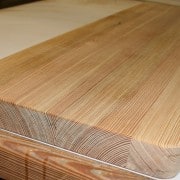 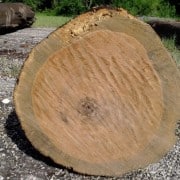 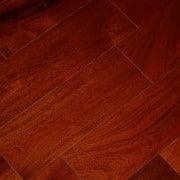 Rare Woods Capturing the Attention of America’s Craftspeople and Homeowne...

Pilings from Savannah First Dock Continue To Serve As Beautiful Flooring in...
Scroll to top 800-336-3118