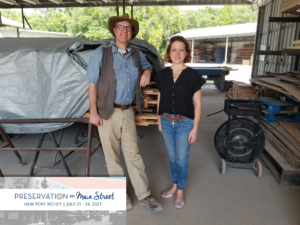 Last week The Goodwin Company enthusiastically welcomed Melissa Wyllie for a Goodwin visit. Melissa is the CEO and President of the Florida Trust for Historic Preservation. The Trust’s mission is to “Promote the preservation and the inclusive sharing of the diverse architectural, historical and archaeological heritage of Florida.” This mission coincides tremendously with Goodwin’s work with many historic preservation projects and recovering Florida’s sunken history.

Melissa’s visit coincidentally came during National Preservation Month. National Preservation Month is celebrated every year in May since 1973. With events focusing on promoting historic places. It was certainly a pleasure having Melissa visit the Goodwin Company. We look forward to seeing her again at the Preservation on Main Street Conference in New Port Richey July 21st – 24th. Where The Goodwin Company will be participating and we hope to see you there!

Learn More about the Florida Trust for Historic Preservation! 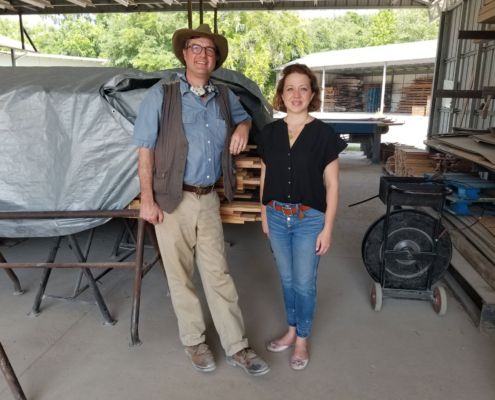 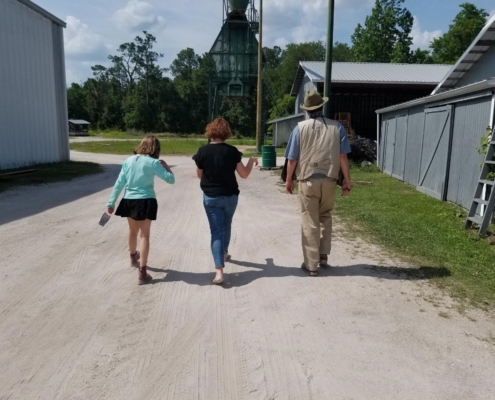 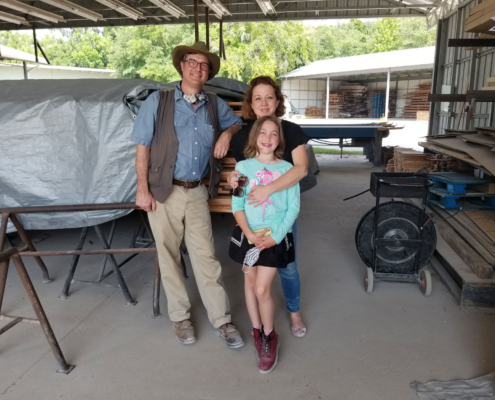 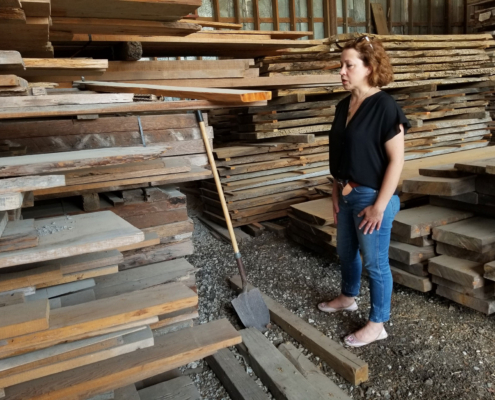 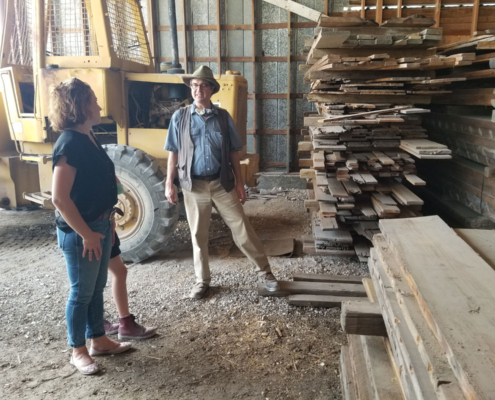 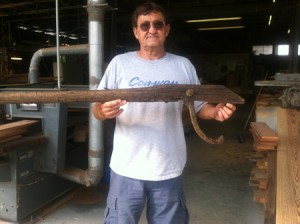 Check out this neat treasure!  George Goodwin recently restored this antique log roller he found alongside some River Recovered Heart Pine logs in the Suwannee River. He immediately identified it thanks to his keen eye for antiques. George owned an antique business in downtown Micanopy, Florida before discovering the beauty of River Recovered Antique Wood.
The loggers in this photo used log rollers to fashion rafts of logs and ride them to downstream sawmills some 125 years ago.  Our ancestors worked long, hard, backbreaking hours to select, cut, secure and transport logs used for building and other practical purposes.  As technology progresses, it’s easy to forget the way things were, and just how fortunate we are today.
We are very humbled to have the opportunity to recover logs lost long ago and transform them into the most beautiful and durable luxury wood flooring in the world!  If you would like to learn more about this process, please don’t hesitate to contact us.  We always have interesting and educating stories to tell.  We feel it is important to keep George’s River Recovered legacy alive and welcome the opportunity to pass his stories down to future generations!
https://heartpine.com/wp-content/uploads/2012/10/wood-flooring-014.jpg 329 437 Carol Goodwin /wp-content/uploads/2020/03/logo-1-e1585712876558.png Carol Goodwin2012-10-23 16:49:432020-10-01 22:59:16Preserving the Past at Goodwin